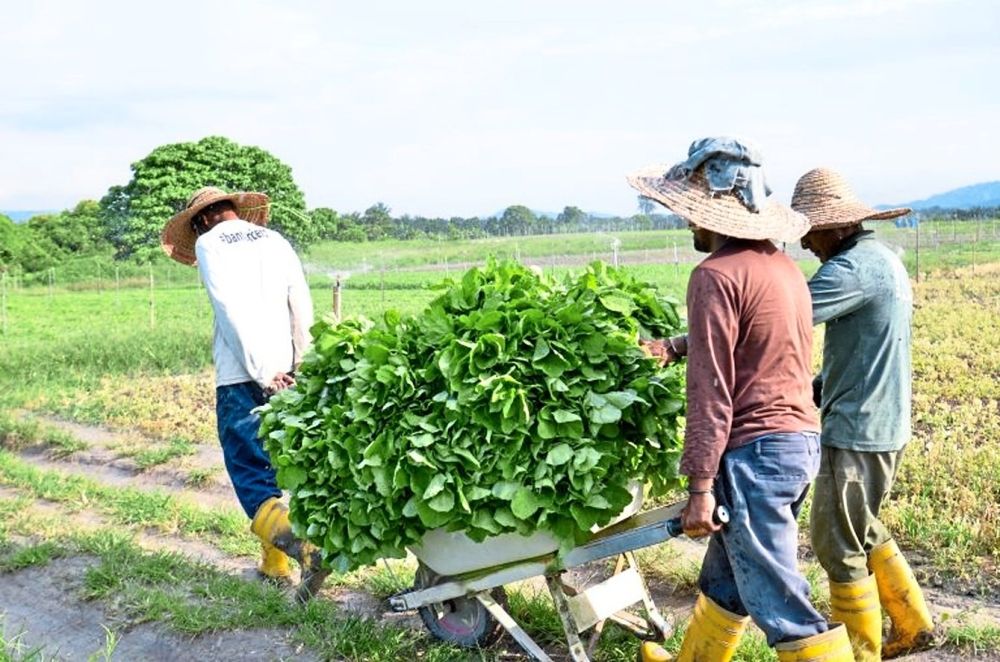 When time is the farmer’s enemy

From left to right: Syazwani, Ahmad Riezal and Che Mazura

PETALING JAYA: At Syazwani Liyana Abd Ghani’s farm in Banting, Selangor, the maize harvest has been delayed due to weather.

“The delay will affect goods sold to wholesalers. We already have backorders and customers are waiting,” Syazwani said.

The agropreneur’s farm where she grows, among other things, corn and fruit, was hit by capricious weather conditions. Other farms across the country are going through the same thing.

“If the weather continues to be hot, the growth of guavas and lohan corns would be disrupted and harvest time would take longer. If it rains continuously, the bananas will die because the trees cannot be submerged in water,” she lamented.

His banana trees were destroyed in previous floods, but efforts to mitigate the flooding on his farm have stalled.

“We can’t do anything with the state of the ground and there are plots where you can’t dig to make gutters,” Syazwani added.

“My farm is located near the river and there was a time last year when the river overflowed twice. Half of the crops were destroyed by the resulting floods,” he said.

Ahmad Riezal’s efforts to grow watermelon since May have also not been successful due to hot weather.

“We usually monitor the changing monsoon conditions. After the last harvest, we tried to continue planting for the next season, but it didn’t work.

“I hope the third attempt will be more successful because it has started raining and the temperature has improved,” he said, adding that watermelon seedlings cannot be submerged in water even during a short time, otherwise the fruit may be bruised.

However, Ahmad Riezal isn’t giving up yet trying to outsmart the unpredictable weather conditions.

“What I did was replace the damaged watermelon with papaya plants. The papaya trees can be submerged in water for one to two days without any problems and the river usually recedes quickly,” he said. -he declares.

Che Mazura Mohd, who grows bananas, chillies and brinjals in Temerloh, Pahang, plans to stop production in October due to the risk of flooding during the rainy season, which is expected from the onset of the northeastern monsoon. is.

“We lost the entire brinjal crop when the farm was hit by floods late last year,” she said.

“Even if we had not been affected by the floods, I think we would not have been able to sell the harvest because it was difficult to get the products to the markets because the roads were also flooded,” he said. she stated.

Since then, facing huge losses from the floods, Che Mazura has yet to restart production of brinjal from her farm.

“We are currently looking for a place where there is no risk of flooding,” she said.

“Now that it is raining constantly, the padi plants are damaged and the fields are not drying up, which is becoming a problem,” he said.

An official working in the padi industry said heavy rains in the northern states of Peninsular Malaysia had reduced the harvest.

“Most of the padi from Kuala Perlis have been harvested. A large number of farmers were only able to produce 60% of the crop compared to before,” he said.

The padi plants, said the official who requested anonymity, were damaged by the daily rains which flooded the fields.

“It rained every day and a lot of plants were destroyed. Some of the rice farmers even got stuck in the paddy fields. When tractors or backhoes came to remove them, the unharvested rice was destroyed,” he said.

According to data from the Ministry of Agriculture and Food Industries, between 2017 and 2021, the cost of rice crop damage due to flooding was RM128.8 million while drought damage was 21. 6 million RM.