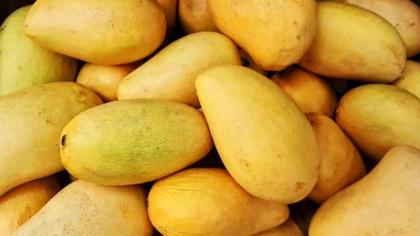 A well-known progressive farmer and central leader of the Mango Growers Association (MGA), Syed Zahid Hussain Gardesi has proposed developing a mango museum and a mango-specific botanic garden in Multan to cement the identity of the ancient city in as the mango city of Pakistan.

MULTAN, (UrduPoint/Pakistan Point News – June 6, 2022): Syed Zahid Hussain GARDESI, a well-known progressive farmer and central leader of the Mango Growers Association (MGA), has proposed to develop a mango museum and botanical garden specific to the mango in Multan to solidify the ancient city’s identity as the mango city of Pakistan. “I proposed this to the Defense Housing Authority (DHA) board,” said the veteran farmer known for his love for mangoes and for his years of advocacy to get farmers to recognize the true potential of export of this tasty and aromatic fruit.

He used to say that the fruits hanging on the tree were actually dollars.

Gardesi told APP that 35 countries around the world produce mangoes. He added that five mango seedlings would be imported from each of the major mango-producing countries, including South Africa, Kenya, India, the Philippines, Malaysia, Mexico and Australia, and that those deemed compatible with the climate and weather of Pakistan would be grown at the botanical garden. .

He said the mango museum would also have mango varieties from Pakistan and the rest of the mango growing world.

Explaining his proposal, he said that the two projects would be carried out in phases and added that foreign varieties would also be introduced in this area in the next phase.

The seasoned progressive mango grower prescribed a serious effort in the right direction by all stakeholders to avoid outdated techniques of mango planting, crop care, harvesting, post-harvest handling and access to markets and to replace them with modern technology from farm to local and international markets to multiply mango exports from Pakistan.