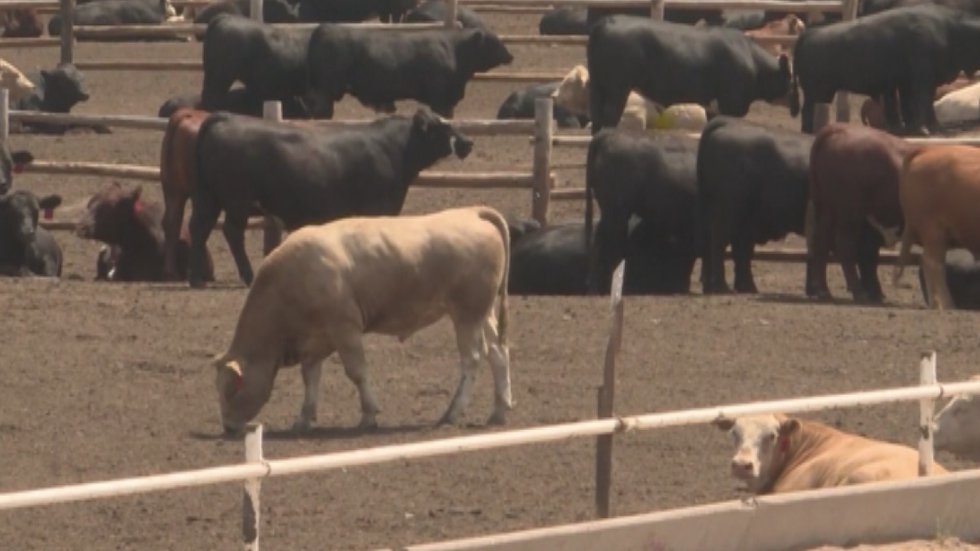 HARRISONBURG, Va. (WHSV) – Thousands of cattle died in extreme heat and high humidity in southwestern Kansas this past weekend.

Usually livestock can withstand high temperatures, but now farmers are reporting that several thousand have died. It rained a few days before the mass casualties, making the paddocks muddy and the air particularly humid. On top of that there was little to no breeze and the temperature soared to over 100 degrees.

Photos and videos of thousands of dead cattle have gained traction online, and some believe there is a bigger story.

“We have seen the stories that have circulated especially on social media with videos and photos of this area. They took what is a very difficult situation for these farmers and really tried to turn it into something that it is not and turn it into a conspiracy theory,” the Federation chairman said from the office. Augusta County Farmer, Bradley Dunsmore.

He said the situation in Kansas, while tragic, is not impossible.

“We’re not just talking about cows like we might see here in the Shenandoah Valley. Western Kansas is a feedlot area, where calves are sent for finishing and harvesting. These are the cattle we’re talking about, the cattle that are in the feedlot. Many of these cattle were either market-ready or nearly market-ready. These cattle cannot handle stress, heat or adverse situations,” he said.

“I’ve seen people say ‘well, there’s a lot of cattle in Texas, and it’s hotter there than in Kansas.’ Of course it is. It absolutely is. It’s the combination of the heat, the lack of wind, and the humidity. When those three things are coupled, what they were in Kansas last week it turns into a very, very deadly situation.

For farmers affected by the deaths, it will be serious financially. However, Valley dwellers are unlikely to see any change from our regular supply of meat. Reports of dead cattle range from 2,000 to over 10,000, but that’s only a small number of cattle harvested in a day.