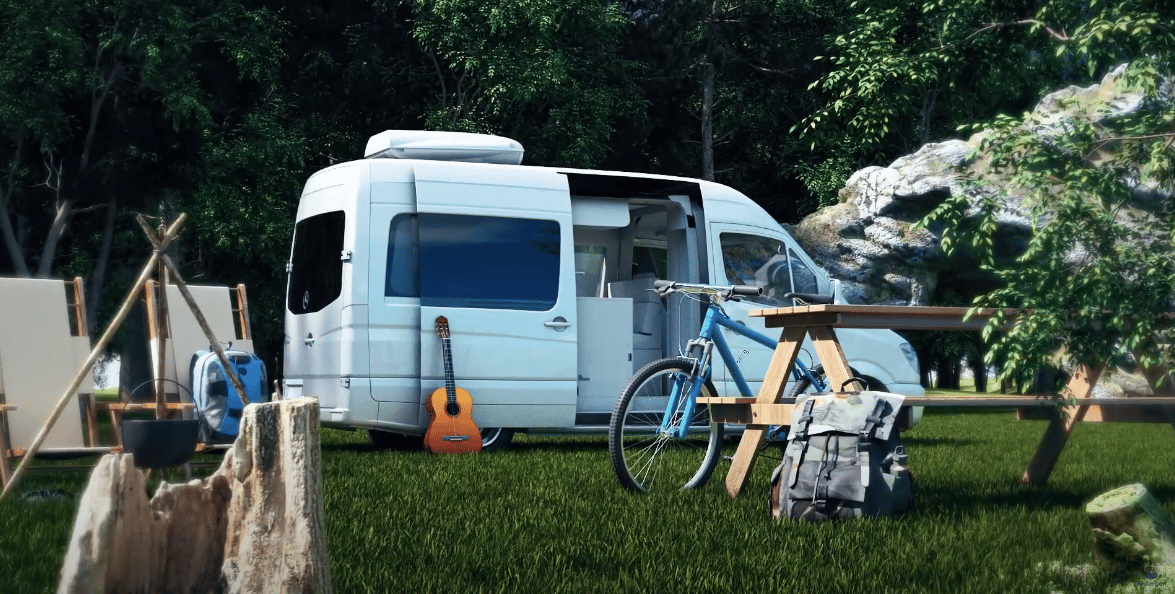 One of the most valuable modern technologies is the Atmospheric Water Generator (AWG). It draws water directly from the air around us. Several types have emerged, developed by different companies. Some were created in response to the world’s water scarcity problems, and others aimed to be practical while reducing the use of plastic bottles and reducing carbon emissions. Some are large facilities for supplying communities or households, while others are small mobile units for off-grid nomads. But all of them effectively extract water vapor from the atmosphere and collect it in the form of filtered drinking water.

Air-water on the go

Watergen, an Israeli AWG company, has been perfecting its air-to-water technology for decades. Its first products are large installations intended to supply companies, cities and apartment buildings. However, its latest innovations are smaller and portable. The company has scaled down its water harvesting technology to be travel-sized for vehicles such as trucks, RVs, and small house dwellers.

In 2019, he launched an automotive AWG system for everyday cars that consisted of an outside generator connected to an inside faucet located above the cup holders. He recently modified the mobile device to suit more oversized vehicles that spend long hours traveling, as it makes more sense than a car making short trips. Off-grid explorers taking a road trip through places without much access to water, or truckers carrying long-haul cargo would benefit more from a mobile air-to-water generator than someone who just goes from work. at home.

Watergen named this versatile item the Mobile Box. It uses the vehicle’s electricity (via a 12 or 220 V outlet) to extract moisture from the sky by sucking air through a fan. The air first passes through a filtration system and then a patented heat exchanger which extracts the water by condensation, which is then treated by a multi-stage UV light filtration system. Finally, the purified water ends up in a tank connected to a tap. Users can also remove the tank to empty the water into another storage container to free up space for further fresh water production.

Water vapor is always around us in the air, even in dry conditions. But what if you don’t have electricity to run a generator? Scientists at the National University of Singapore have developed a “smart” spongy airgel that turns airborne water molecules into a drinkable liquid without the need for an external power source or moving parts.

Since atmospheric water is continually replenished by the global hydrological cycle, our invention offers a promising solution to achieve sustainable freshwater production under various climatic conditions, at minimal energy cost.

NUS’s hybrid material offers a chemical structure that attracts and repels water continuously and simultaneously. This means that the airgel can autonomously absorb water molecules from the air, condense them into liquid form, and then release them, like a sponge. However, he doesn’t need to be in a hurry to release his collected substance like a sponge. So, although airgel does not need sunlight to function, it increases its water repellency and allows it to transform 95% of the collected vapor into liquid water.

In the laboratory, NUS researchers demonstrated the material’s continuous operation for up to 1,440 hours, with the water produced meeting WHO standards for drinking water. Additionally, the team found that 2.2 lbs (1 kg) of material can create up to 4.5 gallons (17 liters) of water per day in humid conditions. However, the airgel would weigh next to nothing, so it could require a considerable amount of space to store a manifold of this size.

Another powerless idea is the non-profit Dar Si Hmad fog catcher. The organization has installed fog collectors on Mount Boutmezguida in the region of Sidi Ifni in Morocco. It is now the largest fog collection project in the world, with around 6,300 liters of water collected daily.

The best part is, it’s not a complicated process at all! The mist is captured as it passes through a weave of large vertical nets and trickles into a collection system where it is filtered and mixed with groundwater. The water is then piped to five villages, where it provides clean and safe water to 400 people.

In parts of the Navajo Nation, like Oljato on the Arizona-Utah border, a single device on the road is the only source of water for nearly a thousand people. In other areas, residents have to walk miles into town from their rural homes to buy all the water they need for drinking, cleaning, cooking and herding. There is no pipeline infrastructure to bring water to families.

Fortunately, the local governments Navajo and Navajo Power have partnered up with the public benefit corporation Zero Mass Water. This company supplies Source hydraulic panels that use sunlight to absorb moisture from the air. The original demonstration project consisted of 15 homes receiving two Source panels that connect to a faucet inside the home for free. The installation provides six to ten liters of fresh water per day or enough drinking water for two to three people.

Its operation is relatively simple. Solar energy heats a sponge-like material to create condensation. Condensation accumulates and is collected in a 30 liter tank. The water in the tank is filtered and minerals are added to improve the taste of the water. The system can be connected to a fountain or faucet in a home or building for easy access to ready-to-drink water.