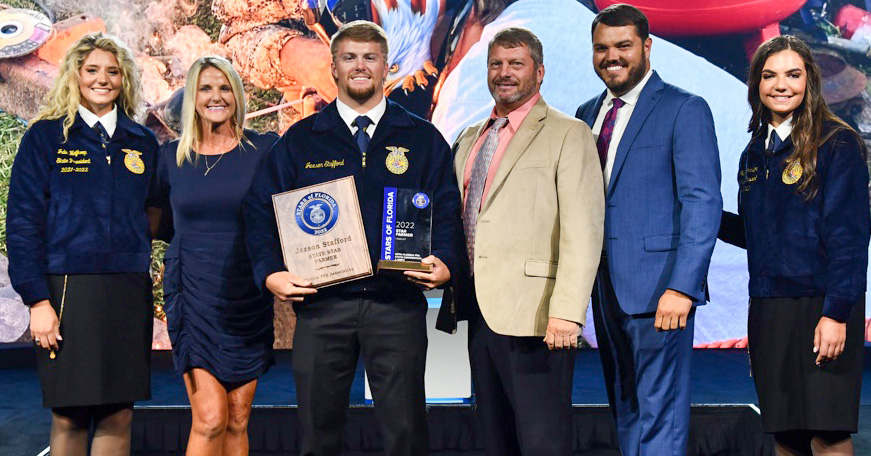 The State Star Farmer Award is the oldest award in Florida FFA history and is designed to recognize the student with the best production supervised farming experience (SAE) in the state. The member must demonstrate outstanding achievement, active participation in the FFA and an exemplary academic record.

“My roots go back many generations in production agriculture in northwest Florida and southern Alabama. It has always been a personal goal of mine to learn by doing as I progress through the industry,” Stafford said.

Stafford began working at an early age both in the hay field and with the cattle. He began learning the hay business from his grandfather before embarking on his own business.

He now oversees all aspects of the hay production process, from planting, fertilization management, pest management and harvesting. He performs regular testing to ensure he is incorporating the right amounts of Nitrogen, Phosphorus and Potassium for optimal production.

In addition to his role in the field, Stafford’s other responsibilities include equipment maintenance and repair, record keeping, financial management and customer relations.

Since starting his business, Stafford has expanded his operation to more than 50 acres of Bahia grass which he markets to surrounding communities.

The State Star Farmer Award was announced at the 94th Florida FFA State Convention & Expo at the Caribe Royale in Orlando. 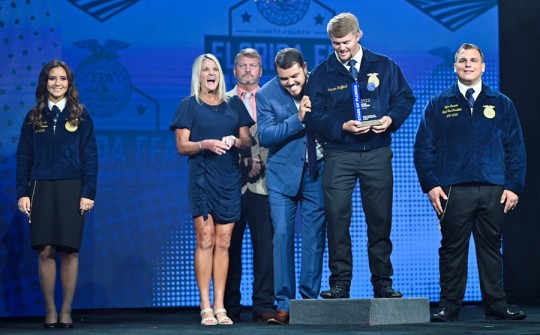 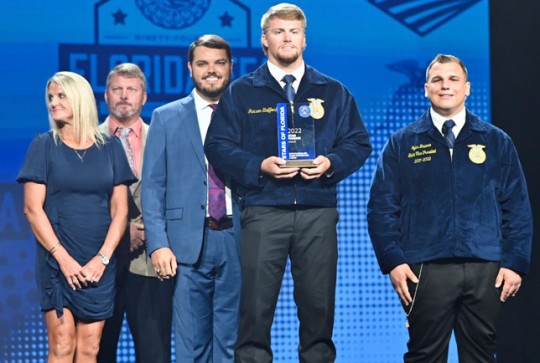