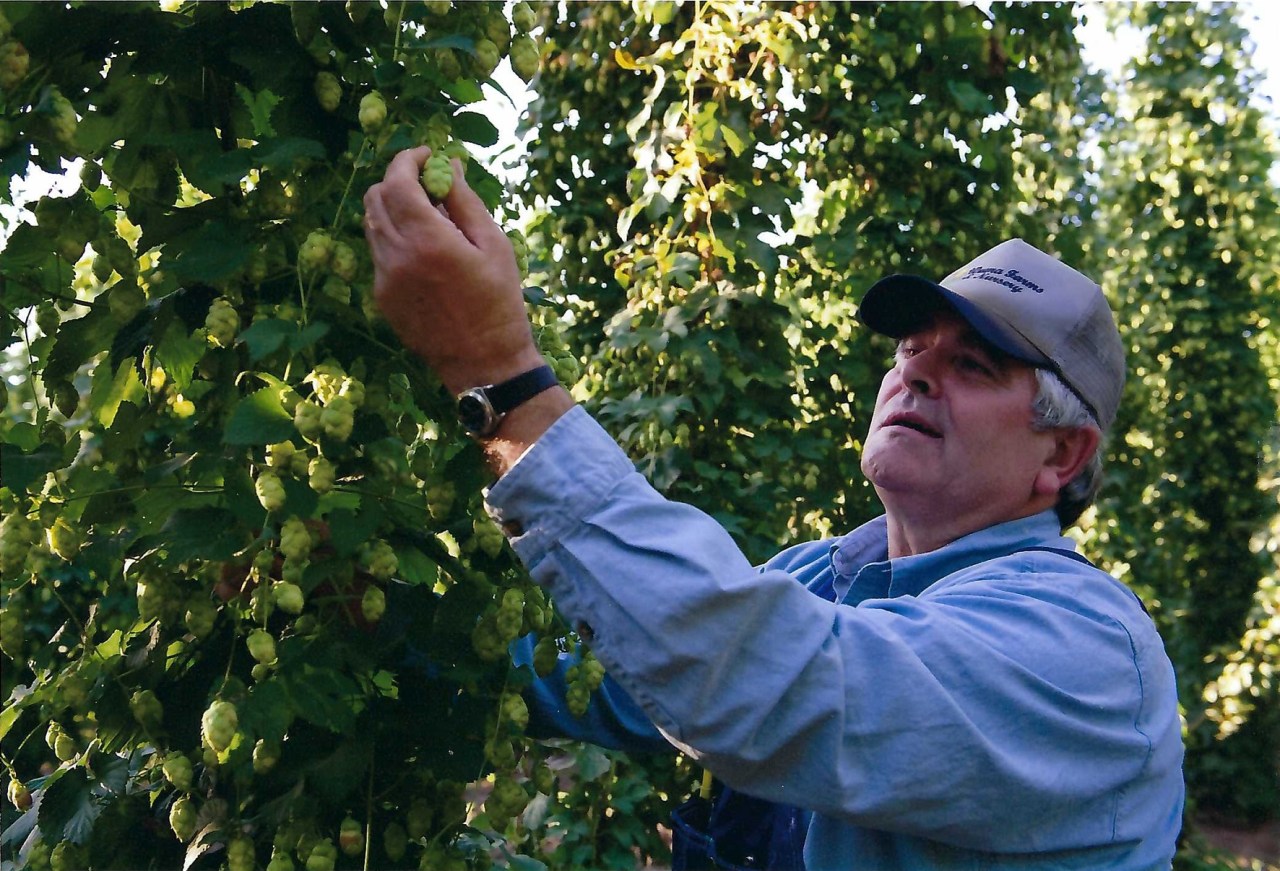 Bill Coleman, owner of Fairfield Farms under Coleman Agriculture, received the International Order of Hops award. The accolades come from the International Hops Congress, an organization that represents the interests of hop growers and merchants.

Blake Crosby owns a farm near St. Paul, not far from Coleman Agriculture, and is president of Hop Growers of America. He nominated Coleman for the award.

“It means a lot,” Coleman said humbly, quickly turning the conversation to Crosby and congratulating him back. “He made sure my name was nominated, so I can thank him for that.”

Coleman Agriculture has been growing hops for over a century. The farm has been in the family since the mid-1800s, and Coleman said his parents bought it in 1935.

Since then, Coleman and his brothers have grown the business into Coleman Agriculture – a collection of hops, hazelnut, vegetable and seed farms throughout the Willamette Valley.

To be considered for the award Coleman receives, nominees must be hop growers, brewers, teachers, or good beer drinkers.

Coleman has been perfecting his farming craft for decades. Over the years, he and his brothers developed more efficient machines to make harvesting and tilling between plants easier.

He has also adapted his farming practices to be better for the environment, such as switching from using sprinklers to using drip lines to save water.

“[The award] talks about the heritage, the work ethic of this family, the sense of community they have built with their workforce and simply about their ingenuity and ability to pivot and try new things said her daughter-in-law Jen Coleman.

Today, Bill Coleman watches the sixth and seventh generations of the family learn to run the farm and he shares his knowledge with them. He said he and his grandson Jacob – Jen’s son – will practice testing hops for drought during harvest.

Bill Coleman will do it by touch and his grandson will use an instrument to see how accurate it is.

Coleman hopes future generations will continue to operate the farm, but said, “I’m not going to tell them what to do.”

Instead, he continues to create an environment that people (including his family members) want to work in. He said good people are the reason his farm has maintained its excellence over the years.

“I was always taught that you treat the crew the way you want to be treated, and you’re not more important than them,” Coleman said.

He wants his legacy to be to put his family in a position to carry on.

“I think, well taken care of, they’ll be there as long as anyone else,” he said. “If people drink beer, they need hops. They go together. »