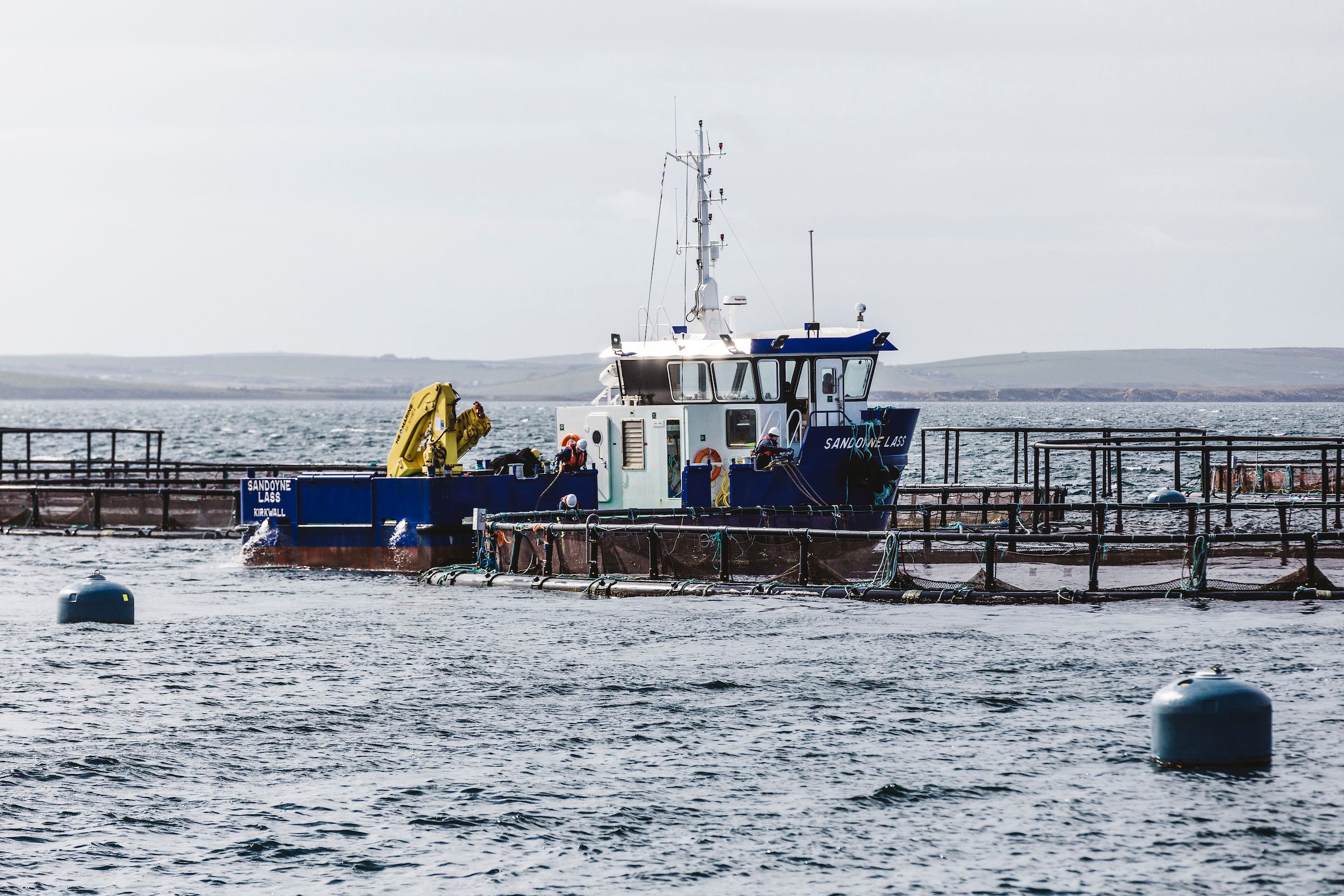 The farms in northern and central Norway and Arnarlax, its Icelandic salmon farming subsidiary, have achieved excellent results.

But the performance of Scottish Sea Farms (also known as Norskott Havbruk), in which SalMar owns half the shares, was disappointing.

Norskott Havbruk generated gross operating income of NOK 344 million (£29 million) in the last three months, compared to NOK 773 million (£64 million) for the July-September period of the third quarter and NOK 427 million (£35.5 million) in the fourth quarter of 2020. SalMar said the decline is due to lower harvest volumes.

The EBIT per kg eviscerated weight corresponds to a loss of NOK -5.84 against a forecast of NOK 11.87 12 months earlier.

There are two main reasons for the decline. SalMar said the costs of buying Grieg Seafood’s Shetland business have been factored into the figures and amount to NOK 6.7 per kg.

There were also biological challenges, particularly those related to gill health, which negatively impacted the outcome of the final period. It also led to the harvesting of fish with a lower average weight, which affected both the cost and the price obtained.

On the upside, the company said it expects a significant increase in volume harvested this year by Norskott Havbruk/SSF following the acquisition of Shetland. SSF expects to harvest 46,000 tonnes in 2022.

Regarding the group’s overall operations, SalMar CEO Gustav Witzøe said: “Our team achieved impressive results in many important areas, resulting in a record harvest volume in the fourth quarter and on the whole year thanks to very good utilization of increased production capacity.

There is still room for improvement throughout the value chain, added Witzøe.

SalMar is set to take over the NTS Group, which includes Norway Royal Salmon and SalmoNor, which will significantly increase revenues and harvests this year.

Witzøe also said: “We are planning significant investments in 2022 to further strengthen our sustainable growth platform. We plan to invest NOK 2.1 billion (£173 million) across our value chain across all our regions and segments in 2022, where the bulk is investments that will give us capacity and increased flexibility for additional volume growth.

2022-02-18
Previous Post: Can you get a payday loan with a credit score of 550?
Next Post: Why it is difficult to be a farmer in sub-Saharan Africa