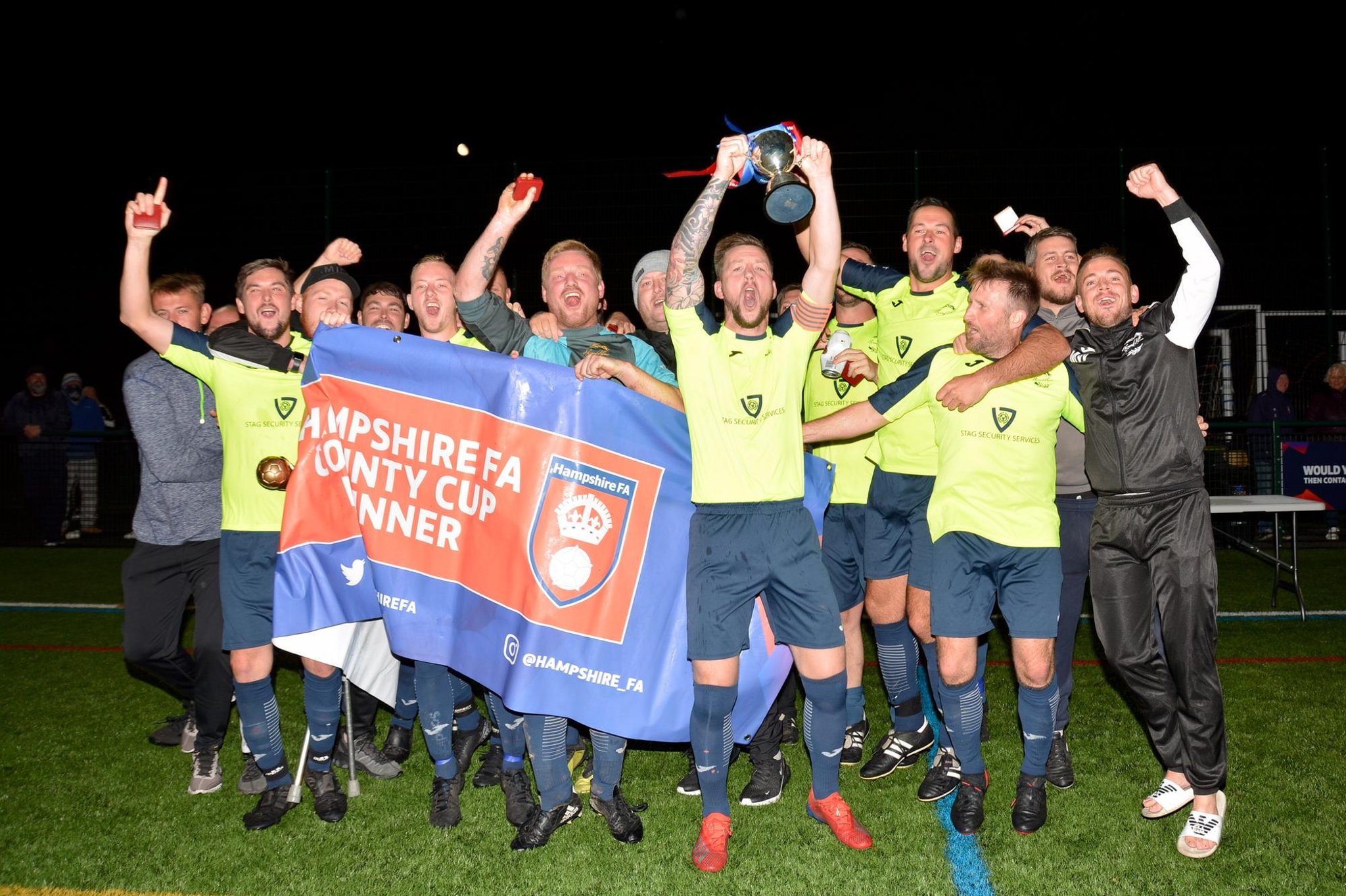 The defender has been appointed manager of Premier League club Hampshire after the resignation of Ray Ogilvie, the man who set up a 100% winning record last season.

He’s no stranger to the club, having played for Harvest since the start of the 2018/19 season.

But Harris – who is celebrating his 38th birthday this week – has now ended his playing career in an effort to focus on his first managerial role.

â€œIt gave me the chance to win things and make great friends, so it’s time to hand something over.

â€œI want to take this club as far as possible, although I know the pitches and facilities can set your limit.

â€œHarvest only lasts four seasons, it’s still in its infancy.

â€œWe only have one team, so we have to keep learning, keep improving and keep growing.

â€œI wish we had kids teams, an under-18 team, a reserve team. You need all of these teams if you want to get bigger and better, you can’t do it with one. single team.

“We have to become more professional, on and off the pitch, but the club has a vision -” the people at the club are ambitious and so am I. “

Harris signed for Harvest two years ago after being impressed with the club when he played against them for Drayton.

Based in the Navy, before that he returned to his native South Wales every weekend to play for Vale United in his hometown of Bridgend.

Now living in Fareham with a young family, Harris said, â€œI’m here to stay at Harvest – it’s not a stopgap for me.

â€œThe team we have is capable of playing at a higher level.

â€œWe have the perfect balance of youth and experience – we have pace, strength and I have coverage in every position.

â€œI’m very happy with the team I have.

Harris has already made a few new signings – welcoming forward Zak McGregor, midfielder James Coates and winger Michael Griffin back to the club.

Fred Goldring, another who had previously played for Harvest, is also back after a stint with Meon Milton in the Mid-Solent League.

Harris has been used to earning silverware in recent years. In 2016/17 he helped Vale United win a treble in the Vale of Glamorgan League, and last season he was part of the Harvest squad which won all 23 league and cup games they have played before. locking.

â€œWe didn’t end up winning the trophies that our performances deserved,â€ he said, as two Mid-Solent League Cup competitions were called off in the semi-finals.

Harvest, however, took the MSL title – which was decided on a points-per-game basis – and last month also lifted the Hampshire 2019/20 slime after a 4-1 win at Front Lawn over former rivals MSL FC Strawberry.

Elected in Division 1 of the Hampshire Premier League this summer, Harvest’s Stage 8 opener saw them beaten 3-0 by Denmead. But they haven’t lost since and entered the second lockdown fifth in the table with games in hand on all the teams above them.

Ogilvie, meanwhile, resigned following a “misunderstanding” with a sponsor which was subsequently settled.

He wants to make a quick comeback to football – either as a manager or as an assistant at a club higher up the pyramid.

For starters, he was invited by Ryan Lambert – manager of the Wessex League Premier Division Hamble club – to come and attend training sessions when the lockdown restrictions are relaxed.

â€œI have a lot of energy, a lot of time to get up and go, but it has to be adapted to the club and to myself.

â€œI have a lot of experience, but there is still a lot to learn.

As for Harvest, he said, â€œI wish them all the best.

â€œThey have some huge games coming up, but if they win their games in hand, they’ll be second.

â€œLosing Jake Daniels to Paulsgrove is a big blow, however – it will be interesting to see how they fare without him.â€