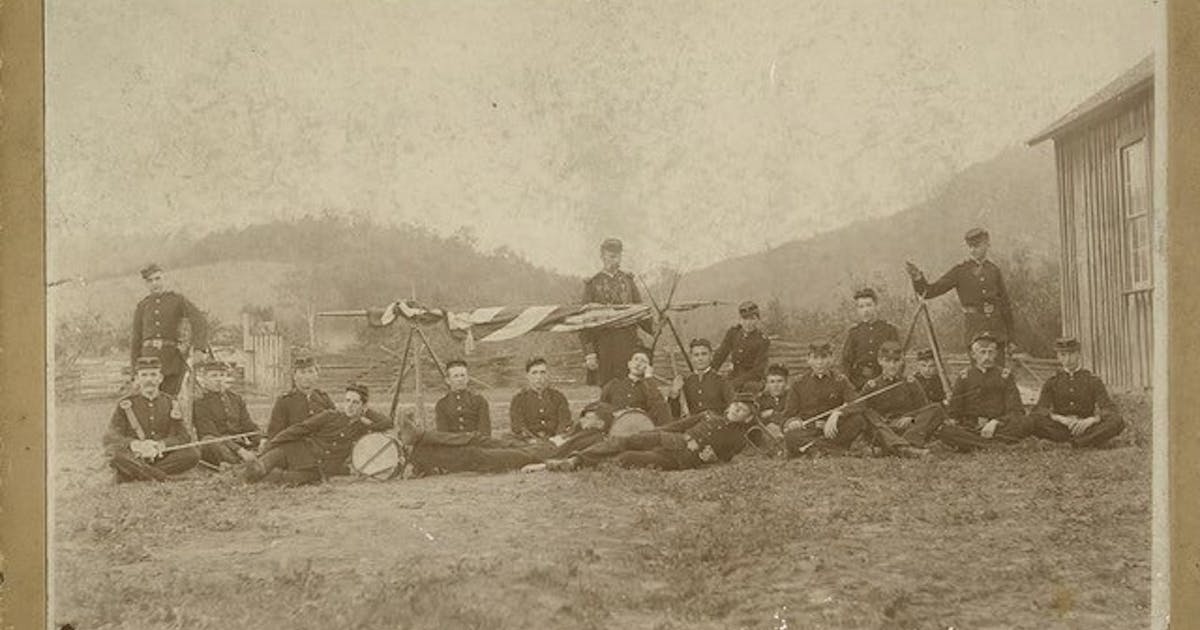 Thomas Barnes worked as a cook at a logging camp in northern Minnesota in 1867-68, seasoning beans with salt pork and burying a covered kettle under hot coals overnight. He used reflectors around an open fire to bake pies, cookies, cookies, and even apple jelly pies.

“The men of the wood all respected me for my dedication,” Barnes wrote in his memoir shortly before his death 100 years ago. “Morning breakfast ready; hot coffee, uncovered beanhole, cookies turning brown.”

At night, after the loggers had finished playing and went to bed, Barnes would read a chapter of the Bible and bow in prayer. If only they’d asked him about his life.

Born in England in 1842, Barnes immigrated with his family to Brooklyn at the age of 10 and later moved to Indiana. Railroad work took him to Iowa and then to Minnesota, where his father owned farmland near Cannon Falls.

Barnes was harvesting grain with his brother when a man on horseback told them “the civil war was on”. Enlisting as a private at Fort Snelling at age 20, Barnes joined C Company of the Sixth Infantry in Minnesota just days before war between the United States and Dakota broke out in the southwest. .

It was part of a burial camp near Birch Coulee on September 2, 1862, when Dakota fighters surprised the soldiers at dawn, killing 13 and nearly all of the horses in the camp. It was considered the Dakota’s most successful engagement before American reinforcements turned the tide in the bloody Six Week War.

â€œWe were all green boys. I hadn’t been a soldier for ten days; right next to the farm,â€ Barnes wrote, recalling the tangle of horses and dead soldiers: â€œBodies swollen with the burning sun.”

Barnes was 74 when he wrote his 38-page, aptly titled, “Recollections of an Eventful Life” memoir. But his life almost ended before he was 21, when a Dakota bullet in Birch Coulee hit him in the chest and “spun me like a top.”

He found blood flowing near his ribs, but the brass eagle on his bandolier strap had absorbed most of the shot. “It was providential. Praise be to God,” he wrote. Colonel William Crooks then greeted Barnes and called the call “a feather in your cap, young man.”

Barnes’ memoir chronicles the final battle of the war at Wood Lake and the Sixth Minnesota’s engagements in the south at the end of the Civil War, fighting malaria in the Arkansas and Confederate swamps on the coast of India. Alabama.

I stumbled across Barnes’ memories on Facebook, where a photo of 21 soldiers from the Sixth Minnesota – basking in the midst of drums and swords – appeared on a group chat titled Minnesota History Research Conversations. The post was from Bruce Palmer, 79, a retired biology professor in the suburbs of Chicago, great-grandson of Barnes and author of “I Will Die With You,” a 2019 novel about the war between the states. – United and the Dakota.

Palmer and his late wife, Karen, traveled to Minnesota in 2000 to participate in a Minnesota Historical Society tour of the 1862 battle sites to see where his great-grandfather served. His website – iwilldiewithyou.com – includes a copy of Barnes’ autobiography.

Barnes’ memoir provides eyewitness testimony to the tumultuous 1860s. He chains a series of nearly fatal incidents with engaging style, despite only a few years of elementary school in England and six months of “winter school” in Minnesota , “the extent of my” learning “,” as he put it. .

He admits that he initially agreed with slavery because it was in the Bible, but later says he “opened his eyes” as a Union soldier and voted for the former. times to re-elect President Abraham Lincoln.

Barnes’ first wife, Nellie Smith of Glencoe, Minn., Died of complications in childbirth; two of their children died at an early age and another son died at 17. His father slipped after jumping off a train and was killed in the fall of 1865, skipping any chance of seeing him after the war.

“I have certainly drunk the cup of sorrow,” he wrote.

In 1873, Barnes married Lida Butts, producing three more children, including Palmer’s grandmother. In his later years he worked as a stonemason, cement contractor, sewing machine salesman, and editor of the Logansport (Ind.) Times, living primarily in Indiana with forays into Tennessee and Texas.

Barnes died at the age of 79 at his daughter’s Chicago home in 1922 and was buried in Mount Hope Cemetery next to Nellie and Lida in Logansport, where he has been called “this city’s distinguished builder and builder.” There is no mention in the obituary of his days with the Minnesota Sixth – a story that might have been lost if his great-grandson hadn’t inherited his memoirs and put them online.

â€œWhen he came to Fort Snelling to join the military, it wasn’t even really an army,â€ Palmer said. “They were just a bunch of guys off the farm – like my great-grandfather.”

Curt Brown’s Tales of Minnesota History appear every Sunday. Readers can send him ideas and suggestions at [email protected] His latest book looks at Minnesota in 1918, when flu, war and fires converged: strib.mn/MN1918.