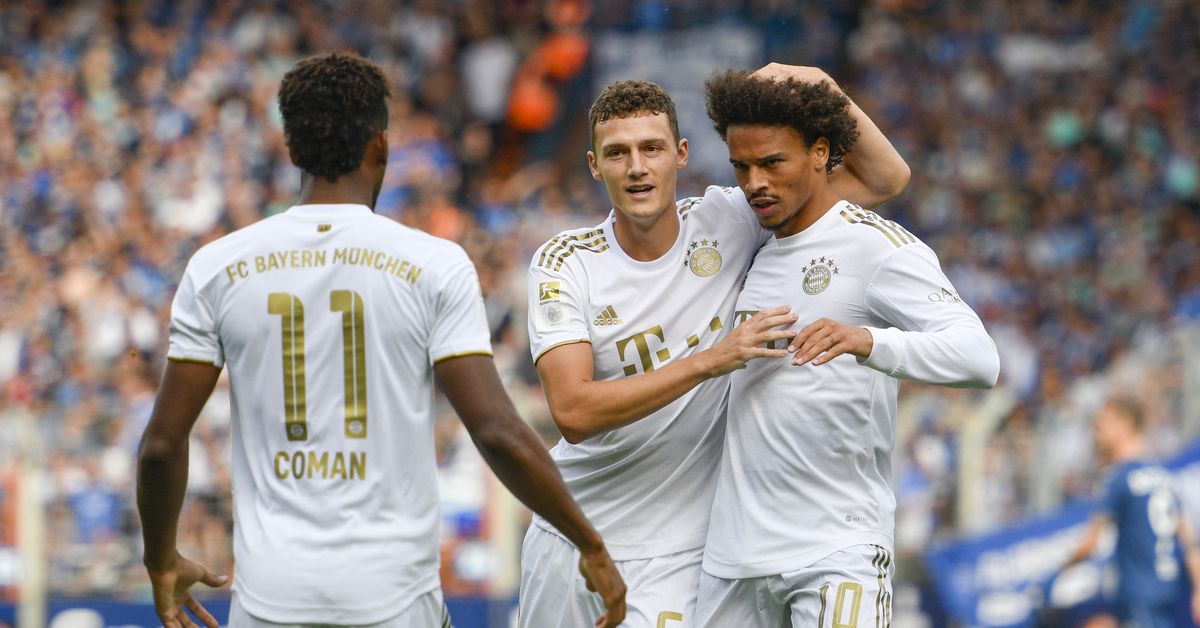 Last week I opened the Bundesliga roundup with a discussion of the rapid rise to the top of the league table that the league’s two biggest clubs had managed, taking just two weeks to establish themselves as the only two teams with 100% records. Well, as I’m sure you all know, Borussia Dortmund did the rest of the league a favor and gave up their perfect record in…dramatic fashion.

Bayern Munich, on the other hand, don’t have a good track record when it comes to doing the rest of the league a favor. They then reduced Bochum to a thin, relegation-quality mush.

With Robert Lewandowski having left the club for Barcelona in the summer, I was hoping it might take Bayern Munich a while to find their attacking rhythm, but after just three games they have scored 15 goals and their goal difference is +11. over their closest rivals.

But at least PSG is also decimating Ligue 1, right? All is well in European football.

When everyone loses, Bayern Munich wins

The likelihood of Bayern Munich not winning the Bundesliga this season has always been pretty slim, but their ruthless form coupled with everyone else’s lackluster start to the season has only reduced that likelihood slightly further. All the teams that have had a slim chance of challenging Bayern this season have struggled in their first matches. Bayer Leverkusen have still failed to score a single point, RB Leipzig are still winless and BVB’s luck ran out this weekend.

I’m always wary of claiming that a single game ended BVB’s title shot, or claiming that the season is ‘over’ when there are still so many games left to play. In reality, any individual result (especially so early in the season) is unlikely to have a significant impact on the odds distribution of this season’s Bundesliga champion. It’s just that the odds have already massively favored Bayern Munich, so when all the other teams that were vaguely in the discussion are struggling, it doesn’t help the situation.

If you mean the season is over (as far as deciding the league winner) then fine, but it was almost over to start the season, and that’s the real problem. The Bundesliga is alive and well.

Were there any uplifting stories from the Bundesliga this weekend? Give us something to spark a little joy.