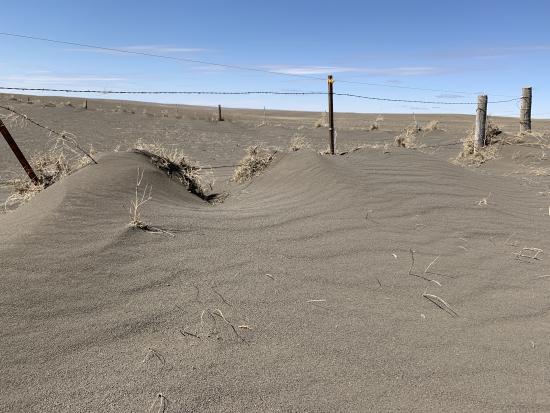 The drought in western Kansas is exceptional. How bad is that? Bad enough to make Jim Sipes wish weed. The fifth-generation wheat farmer has struggled to get enough moisture to produce a full crop in Morton and Stanton counties for several seasons.

“Basically, we’ve been operating on half wheat crops and half sorghum crops for the past few years,” he says, crediting agricultural safety net and disaster relief with averting on the farm financial difficulties.

“When I started my career as a farmer, you could just plant wheat, kind of forget about it, and then just go and harvest it. Now we can’t even get enough moisture in the fall or winter to germinate wheat every year,” says Sipes. “Last year was the worst I have ever seen. We had no moisture in August or September. We got about 10% of the wheat we got. planted ahead.

The harvest was a complete failure.

“We barely get enough moisture at 15 or 16 inches of rain a year to run our cropping systems. So we are missing at least 10 inches,” says Sipes.

Rain is not always equal to grain

When thunderstorms hit, the crispy field residue is a perfect wildfire starter. Sipes is still suffering the consequences of a fire started by a lightning strike a year ago.

With little or no harvest in the fields, the “hell winds” carry away the light, sandy soil. In December, 70-mile-per-hour winds blew for 10 hours, Sipes recalled.

“I don’t know how many warnings we’ve had for winds over 50 miles per hour, but it seems to be two or three days a week, most of the year,” he says. The dirt ends up in the house and drifts around the equipment.

“You’re going to hook up the brakes and start the semis, and the brakes don’t work. Why? Because the lines are so full of dust,” he said.

After the failure of the wheat harvest this spring, Sipes planted sorghum. The sandstorm cut off his harvest in some places. Now Sipes just wants to hold on to his ground.

“I hope it rains enough that I get enough weed pressure to keep the dirt from blowing away,” says Sipes. “It’s going to be a long summer.”

Of the 18 major corn producing states, Kansas has the second most severe drought conditions.

An exceptional drought, D4, is present in the southwestern counties of Hamilton, Kearny and Finney, covering just over 1% of the state. D3, extreme drought in western Kansas covers 15% of the state. In contrast, much of eastern Kansas, 36% of the state, is free of drought conditions.

Precipitation totals for 2022 are up to 6 inches below normal in Rawlins County, according to the Iowa Environmental Mesonet (IEM). IEM data shows less than an inch of rain fell this month in northwestern counties including Logan, Greeley, Wichita and Rawlins.

Last week’s heat wave made headlines when thousands of cattle in the state suddenly died. “It was basically a perfect storm,” said AJ Tarpoff, a bovine extension veterinarian for Kansas State University.

“I have directed state agencies to do everything in their power to assist Kansas cattle ranchers who have lost livestock due to heat stress,” Gov. Laura Kelly said. “From expediting burial permits to reaching out to cattle ranchers across the state, my administration is working to mitigate the impact of last weekend’s losses on Kansas’ farming community. .”

Sipes says cattle herders in his area are feeling the impact of the drought. “They can kind of make it work, but they’re running out of things to feed. You see them running around trying to find places to feed the animals. They work until death. It’s a real fight. »

2022-06-24
Previous Post: Farmer Budgam’s business flourishes as he ventures into floristry
Next Post: The durian buffet is a success for the farmer in Kampong Thom