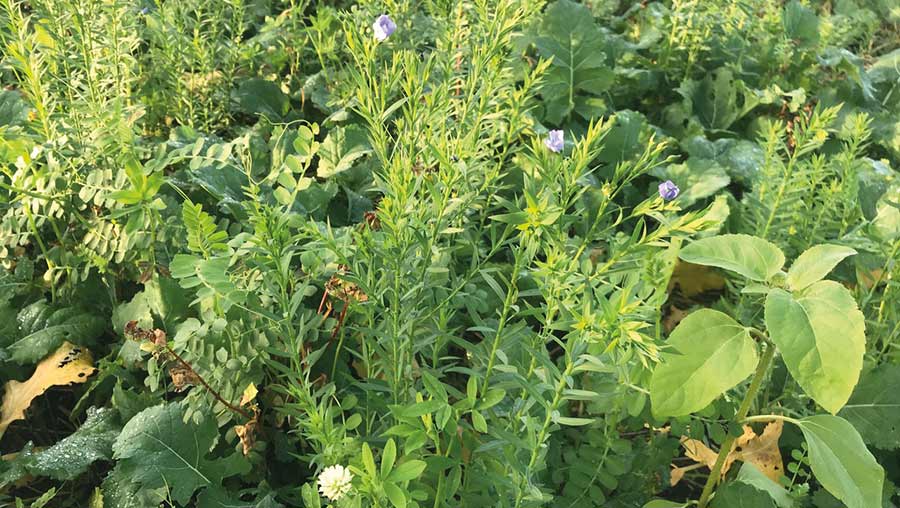 How costs go down for a regenerated farmer

The two big expenses of an arable farm – fuel and fertilizer – have been reduced significantly since Cambridgeshire grower David White decided to stop farming and switch to a regenerative system.

Given the unprecedented rise in prices for both commodities, he is happy that the journey he started some time ago on his 161ha arable farm in Little Wilbraham means performance is now less reliant on inputs energy-intensive and their timely application.

In 2015, all cultivation at Hawk Mill Farm ceased, so Mr. White could improve soil health and make the changes he felt were necessary to sustain the business.

In addition to no-till, the change in direction involved introducing a diversified rotation based on crops sown in spring and fall and committing to 100% soil coverage where possible. It was about supporting and improving soil biology, protecting soils from extreme weather conditions and improving their function.

It also involved a complete change of mindset, which Mr White says can still be a challenge on an arable farm with no stock after years of conventional farming.

Initially, he had to learn about multi-species cover crops and how to grow them on his three different soil types, to make the most of the diversity and nutrient cycling they provide.

After initially experimenting with six different cover crop species sown at different seeding rates, Mr. White found that having a mix of all six species was the best approach.

He also investigated termination methods and dates, setting a target kill date at the end of January where spring crops are sown at the end of March.

“Besides spraying them with glyphosate, I tried whipping them, rolling them in frost, and crimping them,” he reports.

“These mechanical methods all help manage the mass of vegetation, rather than kill it.”

Today, Mr White admits that he burns little diesel and has reduced the use of nitrogen fertilizers.

“Having made good progress with my soils and been able to make big savings, I now want to be able to take advantage of rising raw material prices without falling back into unnecessary agronomic interventions,” he explains.

He only uses 38 litres/ha of fuel and spends two machine hours/ha growing the stubble crop. With his soils responding well to change in management, Mr White is ready to see costs come down further – hopefully without affecting crop margins.

“Soils take time to improve,” he noted. “Now that I have six years of experience in the system, organic matter levels have increased and I can make bold input decisions.

“If they don’t come off, for whatever reason, I can always work things out later.”

Nitrogen use has already been capped on most of the combinable crops he grows, with trials underway to see if he can go further and make better use of alternative nutrient sources.

It has also eliminated the use of all phosphorus and potassium fertilizers, stopped using seed treatments and insecticides whenever possible, largely switched to home-saved seed for all crops, and continues to trying out different techniques, with many of his own and thirds. farm party trials.

Mixed crops of oats/legumes, companion crops of rapeseed and winter wheat, varietal mixtures and flower strips in the field have all been introduced, with biodiversity benefiting from the provision of habitats and resilience of his improving system.

This year’s rapeseed was planted Aug. 17 using home-saved seed and a companion crop, but without the aid of a starter fertilizer or any fall herbicides. Only 160 kg/ha of nitrogen was applied, as well as Astrokerb (aminopyralid + propyzamide) to eliminate companions.

Its winter wheat crops are a mix of a Group 1 variety mix – consisting of Skyfall, Zyatt and Solstice – a Gleam crop for breakfast cereal maker Nestle through Camgrain and Heritage wheat.

Some of this wheat was planted with a companion crop of vetch, beans and winter peas, which has since been phased out, to see how much nitrogen it can provide and if fertilizer rates can be adjusted . Two different seeding rates of companions were used to find the optimal rate.

So far, his Group 1 mix has received 120 kg/ha of N in two splits, along with a stripe rust treatment. Normal practice has been to apply 240 kg/ha of N, although this will be reduced this year and the Heritage varieties will receive much less.

In one field, a flowering assist strip has been established for the contribution it can make to natural enemy numbers and pest control, with pitfall traps placed at distances of 5m and 15m strip showing higher numbers of ground beetles and small beetles than in a conventional field. . 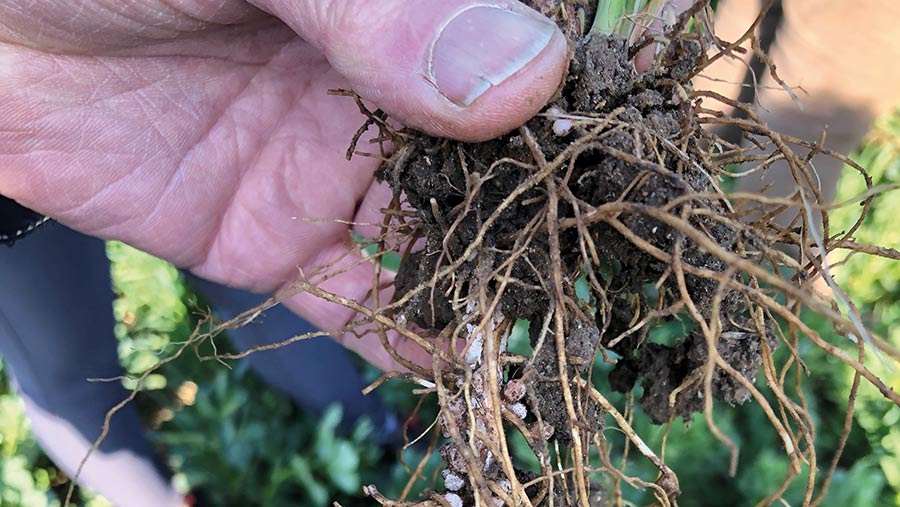 Mixed spring and winter crops of beans and oats are tested on the farm. No other inputs are provided for them – the oats help suppress weeds that tend to grow otherwise in the beans and some transfer of N from the beans to the oats appears to be taking place.

His previous experience with the “boats” is that they tend to come to harvest at the same time and the oats never look hungry. “A spring bi-crop is ideal – it has a shorter growing season, so there are fewer weed problems.

“Provided you can separate them after harvest, there are some advantages. Cultivation costs are much lower than monoculture, last year’s crop had a better gross margin and the land-equivalent ratio was 1.3. »