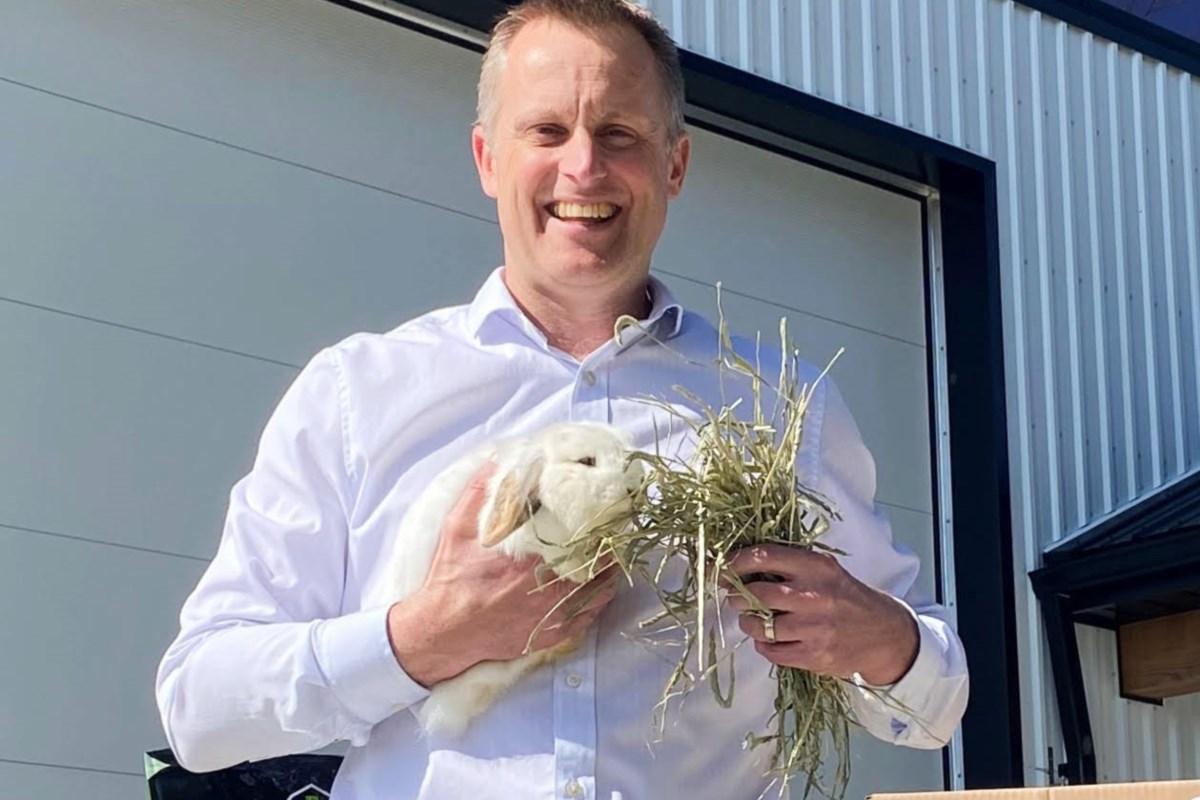 One family’s decision to own guinea pigs eventually led them to grow the animal’s favorite food: timothy.

Jason Stoter, his wife Faye and their family are behind Stoter Farm. Launched in 2019, the farm aims to provide Canadian timothy hay to Canadian pets. Today, he ships timothy hay nationwide and aims to appear in more brick-and-mortar stores.

“For us to provide a good quality option for Canadian hay, people are thrilled,” Stoter said of timothy, “and we get feedback from people all the time, Canadians are awesome.”

Timothy hay is a grass containing fiber and protein. It forms a large part of the diet of animals such as guinea pigs and rabbits.

“According to the vets you talk to and the studies you read, guinea pigs, chinchillas and rabbits, 70 to 90 percent of their diet is timothy hay,” Stoter said.

The idea for the farm began after Stoter’s daughter and son each had a guinea pig six years ago.

“They both had these two guinea pigs, and I was like, ‘What do we feed guinea pigs?'” said Stoter, who mentions that they now have a rabbit and a guinea pig.

“I knew there was always kibble, but when I looked I was like, ‘Oh, that’s timothy!'” They eat timothy for most of their diet.”

Curious, Stoter did some research and discovered that much of the timothy hay sold in stores came from the United States, which inspired Stoter to consider growing it. He mentions that he and Faye grew up on dairy farms and at the time their family was already growing crops on their farm in Guelph.

“I was like, ‘You know what? I’m going to get into the timothy market for small pets,'” Stoter said.

The farm has since expanded to sell vitamin and mineral enriched pellets, and orchard grass, which will be available in June.

“It’s been fun, it certainly hasn’t been easy, it has had its challenges,” Stoter said of the venture.

The challenges ranged from growing the product to putting it in the store.

On their farm, Stoter said they rotate crops to grow new hay each year. Their fields last three years. Harvesting the hay in June, Stoter said they needed three days of sunny weather to dry the hay after it was cut and baled, with each bale of hay weighing an average of 360kg.

“We’re praying for good drying time, which isn’t always the case in southwestern Ontario,” Stoter said. “These three days really help the hay to dry properly, but we don’t want the hay to sit in the fields too long or the sun will start to bleach the green color of the hay, everything is timed.”

He adds that the Timothy hay grown at Stoter Farm does not contain pesticides and therefore there is extra labor to make it.

“We’re going to handpick all the pests out there, like unwanted weeds,” Stoter said. “This is a great opportunity to employ college and high school summer students to scour the fields and hand-pick weeds.”

Any hay that the farm does not sell as food for small pets is sold to nearby horse farms. To enter pet stores, Stoter explains, there are strict packaging requirements.

“The quality of hay required for small pets is really high, it has to be high quality,” Stoter said, “and you need all the labeling and all the barcoding and you have to wrap it all up. for the consumer, and it’s expensive when it comes to packing small bundles of hay.

Despite the challenges, Stoter said he loves farming and his kids are growing up on the farm.

“I love raising a family on a farm,” he said, “there’s a lot of opportunity for chores, and for kids to develop a good work ethic, for kids to explore and to play and be around the animals, it’s just a great experience.”