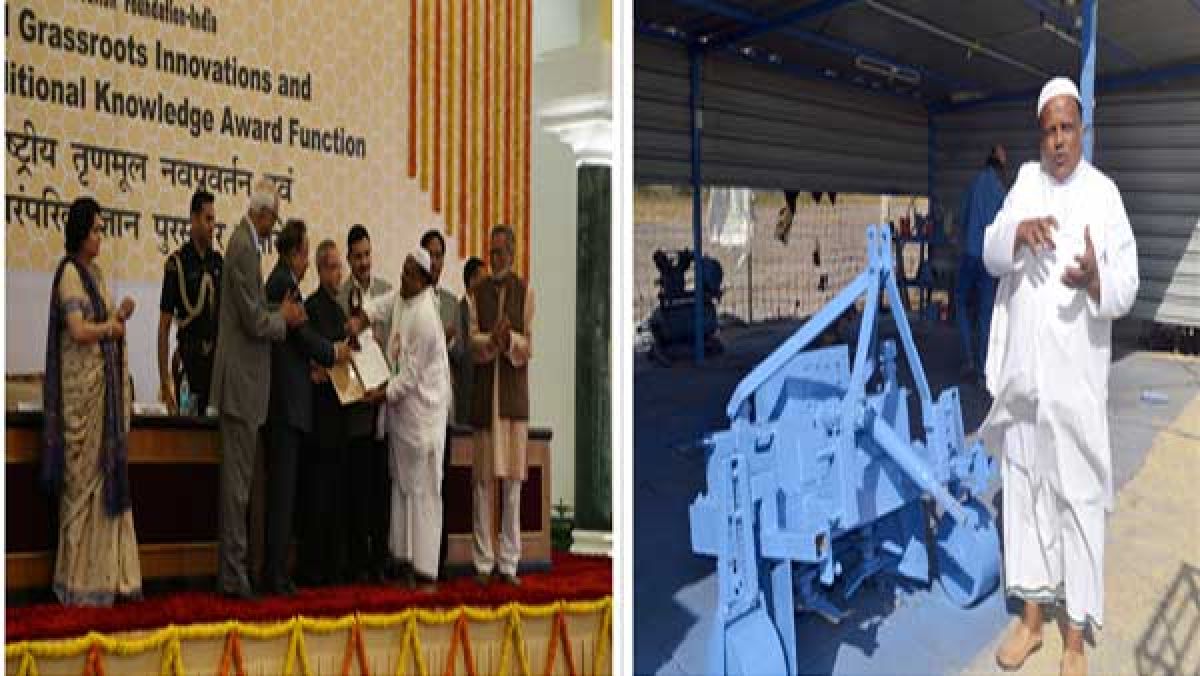 New Delhi, January 27: Abdul Khader Nadakattin, a popular serial innovator from Dharwad, Karnataka, is among the 107 Padma Shri winners announced for the year 2022 in the Others (Popular Innovation) category.

Abdul Khader Nadakattin is a serial innovator, and his main innovations include tamarind seed separating device, tillage blade making machine, seed fertilizer drill, hot water boiler, automatic cane seeder sugar cane and a wheel cutter. All of its innovations demonstrate the principles of sustainability, profitability, respect for the environment and, above all, social acceptance. His in-depth knowledge of agro-climatic conditions and soil characteristics has made him an inspiration to other farmers in the country.

His first innovation was an “A Wa(h!)ter Alarm”, which was his personalized attempt to resolve his own nature of sleeping until late in the morning. He tied a thin rope to the end of the alarm key so that when the key unwound, the string tied to the key would get hurt. The string was in turn tied to a bottle filled with water, when the key was fully unwound, the bottle tilted, and the water fell on his face. Later, he developed agro-technologies and tools that met a variety of local people’s needs while remaining relevant to modern agriculture.

Supported by the National Innovation Foundation (NIF)- India, an autonomous body of the Department of Science and Technology (DST), Indian Government Shri Abdul Khader Nadakattin received a Lifetime Achievement Award in 2015 during the 8th National NIF Outstanding Popular and Traditional Innovation. Knowledge Awards by the Honorable then Indian President, Shri Pranab Mukherjee. True to his basic spirit and as a sign of respect for the prize, he chose to walk barefoot and thus became the country’s “barefoot scientist”.

Because of his portfolio of tamarind-related innovations, people started calling him “hunase huccha”, which means tamarind maniac. It started with his success in growing tamarind with rare but alkaline water and later graduated with experiments like the technique of harvesting tamarind from the tree and also the highly accepted machine for separating tamarind seeds. This inspired him to develop a machine for slicing tamarind. In pursuit of success with tamarind, he came up with innovations to address agricultural operations such as deep plowing, seed sowing and also a fuel efficient water heating boiler.

For several consecutive years, local innovators have been recognized in different categories of the Padma Awards, one of the highest civil awards in India, which are awarded in various disciplines – literature and education, arts, science and engineering, business and industry, civil service, public affairs, sport and medicine and inspiring the generation to innovate more!

For the latest news and instant updates