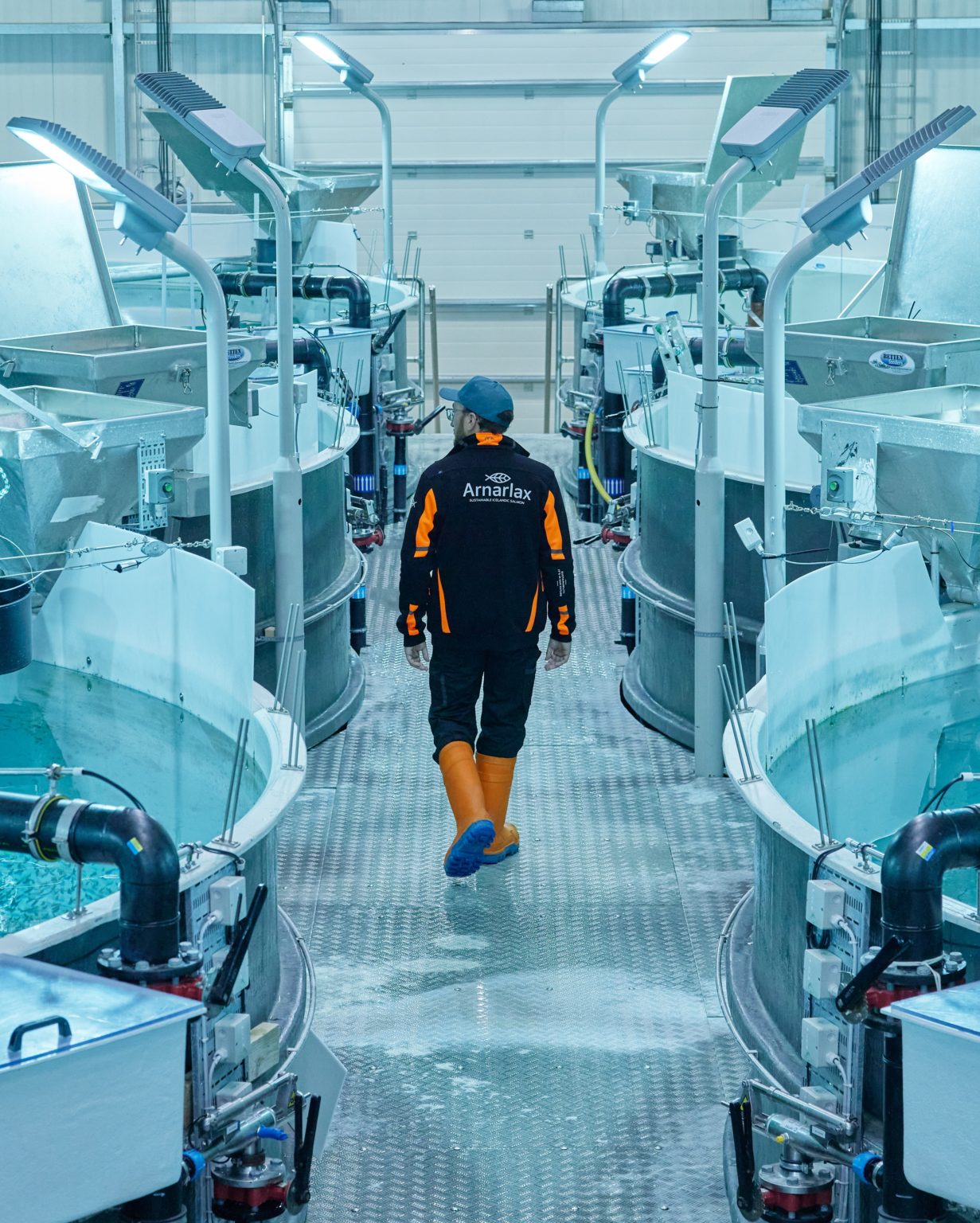 The company has signed a share purchase agreement for the remaining 50% shares in the Eldisstöðin Ísþór smolt facility in Þorlákshöfn (pictured) in the south of the country. Arnarlax previously co-owned the business.

The transaction will be subject to the approval of the Icelandic competition authorities (ICA). If approved by the ICA, Arnarlax will be the sole owner of Eldisstöðin Ísþór hf.

The company said: “With this, Arnarlax takes another important step in the strategy of increasing smolt weights, enabling increased use of MAB (maximum allowable biomass) licenses while reducing production time at sea, and therefore biological risk.”

Arnarlax is a subsidiary of Icelandic Salmon, itself owned by the Norwegian giant SalMar. It has also just announced a 114 per cent rise in first quarter profit to €37.1m (£31.6m).

He said the rise was the result of strong operational performance, continued strong price realization and high capacity utilization in the Group’s harvesting operation, supported by an increase in harvest volume. which increased from 2,500 tonnes in the first quarter of 2021 to 3,400 tonnes in 2022.

The company said: “We started 2022 with good price realization and strong operating performance. We have been through months of winter that show us that the mitigations put in place to prevent overwinter mortality are working, although we have seen an increase in mortality at a few sites.

2022-06-02
Previous Post: It’s time to maximize efficiency with nitrogen
Next Post: Opinion: Time to include mushrooms in conservation goals