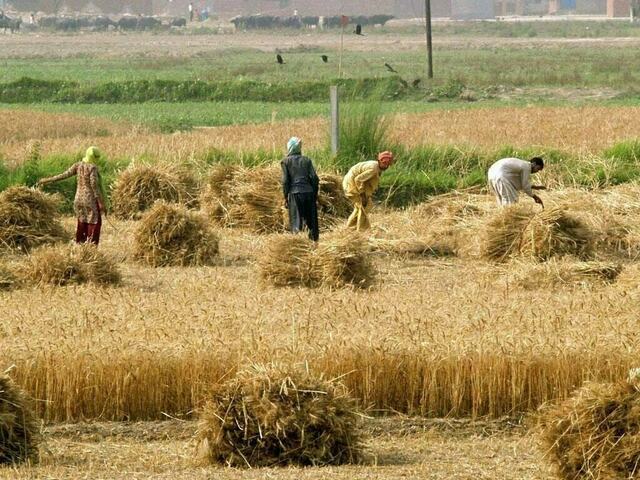 Announcement of a relief program for large farmers

ISLAMABAD: Prime Minister Shehbaz Sharif on Monday unveiled a relief package of about 600 billion rupees for farmers and said only agriculture can transform the country’s economy in the shortest possible time and help reduce imports food.

While announcing the relief scheme for farmers at a press conference, he said the scheme was prepared by the coalition government after long deliberations to come to the aid of farmers.

He said that under the scheme, loans worth Rs 1.8 trillion would be given to farmers which is Rs 400 billion more than what was disbursed to farmers during the Previous exercice.

He said the government was able to secure a reduction of Rs 2,500 on the price of DAP after negotiation with the industry and that DAP would now be available at Rs 11,250 for farmers instead of Rs 14,000 per bag.

As a result of the reduction in the price of DAP, farmers would benefit from Rs 58 billion. Furthermore, he said Rs1.2 million bags of certified seed would be provided to farmers with equal cost sharing.

The Prime Minister said that SMEs will also be promoted in the agricultural sector where 10 billion rupees have been earmarked for upgrading their schemes.

The government decided to import second-hand tractors for up to five years with a 40% discount on duties after local industry refused to reduce tractor prices.

He said that CKD duties were reduced for new entrants into the tractor industry – if they wanted to come – from 35% to 15% and that they were already tough in this business, saying that the existing tractor industry Tractors had failed to achieve a 100% delegation program for the past 50 years and still import parts.

Sharif said the government has also decided to import 0.5 million tons of urea out of which 2 lakes have already been imported and the remaining 3 lakes will be imported. The government has allocated a subsidy of Rs 30 billion for urea.

“The government is also importing 2.6 million tons of wheat, as one million tons have already been imported while it was decided after the floods that another 1.6 million tons should be imported to deal with any kind of shortage,” he added.

He said the government, as an immediate relief measure for the farmers, has decided to provide electricity at a fixed cost of Rs. 13 per unit, which would cost Rs. 43 billion in subsidy to the Treasury.

He said there were 300,000 electrically powered agricultural tube wells in the country and the decision had been made to phase them on solar power for which they would receive interest free loans as the cost of increase would be borne by the government.

Responding to a question, he said FCA had been postponed and former Chief Minister Hamza Shahbaz Sharif had decided to provide Rs. provincial active price monitoring to control the price”. .

The prime minister said economic development is highly dependent on the development of agriculture and only agriculture can transform the economy in six months through its harvests, adding that the package will help reduce food imports.

In response to a question with the country being part of the IMF program, how would the finance minister create fiscal space to finance this package, finance minister Ishaq Dar said that 400 billion rupees is not a line item. income as these loans would be given by the banks and most of the remaining items are budgeted and funded and there would be no problem with the International Monetary Fund (IMF) in this regard.