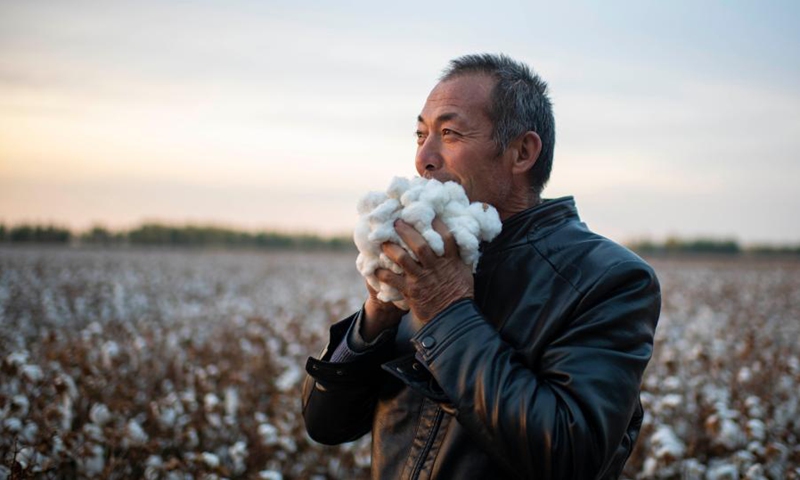 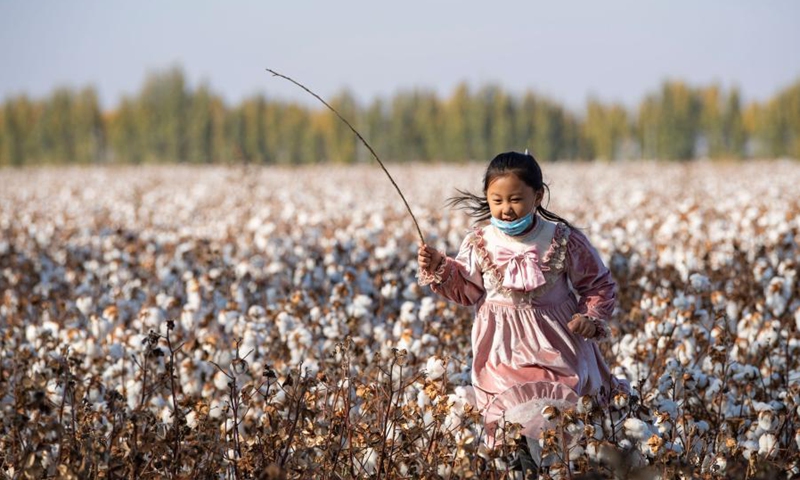 The cotton harvest season in Xinjiang, China’s largest cotton-producing region, will last until mid-November this year, with output expected to reach 5.2 million tonnes. The region has contributed nearly 90 percent of China’s cotton production capacity and about 20 percent of world cotton production.

For Lu, picking cotton was exhausting work, from preparing the spring seedlings in late March, to irrigating and weeding in summer and fall, to finally harvest in mid-October. However, over the years many changes have taken place.

In the past, Lu owned a cotton field of 70 to 80 mu (about 4.67 to 5.33 hectares), which took him two months to harvest manually. Thanks to the mechanization of cotton picking, Lu’s family expanded their plantation area to 960 mu (about 64 hectares) this year.

In addition, new methods such as machine seeding, drone spraying and cotton harvesting have greatly improved the efficiency and quality of agricultural work.

Since manual cotton picking became a thing of the past in 2014 in Shawan City, farmers there have already been freed from heavy physical labor. This year, more than 70 percent of Xinjiang’s 2.48 million hectares of cotton fields are harvested mechanically.

The cotton picker is much more efficient than manual labor. Currently, the entire planting and harvesting process has been mechanized on more than 90 percent of the cotton fields in northern Xinjiang. The rate of mechanization of cotton picking has reached 40 percent and continues to increase in the southern part of the region.

Lu and his son Lu Dewen have other plans for the next year. They plan to buy a large cotton harvester worth 6 million yuan (about US $ 940,000) with other cotton producers to increase their income.