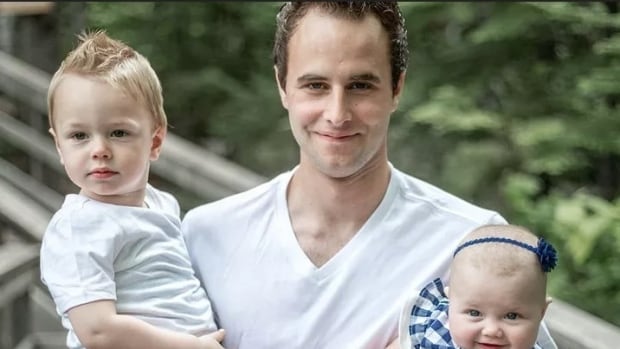 A 23-year-old Island farmer who was still recovering from a serious harvesting accident in October has died following a road accident in Quebec.

Ben Van Ginkel’s van hit the back of a semi-trailer truck as it climbed a steep hill in the Bas-Saint-Laurent region on Sunday evening.

“The pickup truck heading north hit the rear of the semi-trailer truck heading in the same direction,” said Sgt. Audrey-Anne Bilodeau of the SÃ»retÃ© du QuÃ©bec, the police force in the province, said Tuesday. “They were sort of going up a hill.”

Van Ginkel was a highly respected member of his local community of Ebenezer. In October, he told CBC PEI how grateful he was for the help of other farmers and neighbors after he lost his hand trying to adjust a harvester.

“The number of messages, phone calls and people [who] seeing me is beyond, â€he said. â€œI don’t even have words to say how grateful I am.

A GoFundMe that was started to help Van Ginkel and his young family on his road to recovery has raised over $ 50,000. But on Tuesday, a grim article about his death appeared on the same public platform.

In it, neighbor Ellen Peters told donors that Van Ginkel drove west in search of a combine with left-hand controls, so he could continue working despite the hand injury. law. The post said parents from Ontario have come to Prince Edward Island to help Van Ginkel’s wife and their three young children.

Contacted by CBC News, Peters said she would respect the family’s wish not to give an interview or make an official statement.